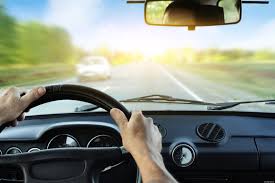 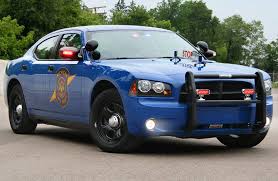 Is it a defense that the Defendant never received the notice from the Secretary of State?  I think everyone has instances where they do not receive letters that were mailed.  The letter was lost in the mail, or mis-delivered to a neighbor or business.  It is probably not uncommon for a letter that was sent to the wrong address to be put in the garbage along with the junk mail that everyone receives in our mailboxes.  A plain reading of the law indicates that the only proof the prosecution must show is that the notice was mailed – not that it was actually received.  If the case went to trial, all the prosecutor would have to show is a record from the Secretary of State that the notice was sent – a certificate of mailing.  They do not need to produce a witness to testify to the fact that the letter was mailed.  In Michigan a case by the name of People v Terry Nunley was decided by the Michigan Supreme Court.  The Michigan Supreme Court ruled that the presentation of the certificate of mailing at a DWLS trial does not violate the Defendant’s right of confrontation, because the certificate of mailing was not testimonial and was generated before the date of the alleged offense.  It is deemed to be an exception to hearsay as a business record.

In some circumstances the Defendant may still want to have a trial.  The reasons are various: it is not fair to have a conviction; the Defendant is on probation with another Court and this will constitute a probation violation; the Defendant is worried that a conviction may impact employment (for example, if they work as a truck driver) or impact a future career (for example, a concern that they will not pass a background check or will cause problems with obtaining a professional license); the Defendant is concerned that he does not have legal immigration status and a conviction will lead to the Court or probation department to make Immigration and Customs Enforcement (ICE) aware of their unlawful presence in the United States.  The reason does not matter, because anyone charged with a criminal offense have a constitutional right to trial, a presumption of innocence, and other Constitutional protections.

If the Defendant wants to have a trial, it is important that they have a lawyer with trial experience to help give them the best chance to win.  The Defendant will probably want to have a jury trial, rather than a bench trial (trial where a Judge decided if the prosecution proved its case beyond a reasonable doubt).  At a bench trial the Judge has a duty to follow the law.  At a jury trial, even though the jury takes an oath to follow the law and to not consider sympathy or possible penalty, a jury might be more persuaded by the equities of the case.  A juror does not forget or abandon his or her individual sense of fairness, compassion, and life experiences at the door of the jury room.

Make the smart decision and contact attorney Daniel Hilf at 248-792-2590 for all Michigan driving related offenses.