Being detained or even handcuffed for a shoplifting allegation is the worst feeling.  The biggest questions are: what will happen next?.  Will the store prosecute?  The store won’t prosecute, but the prosecutor for the city or county where the offense allegedly occurred will usually file a case.  The store will likely send a civil demand letter seeking money damages from $50 to $200.  The store will also provide all of its evidence to the prosecutor.  The evidence for larger chain stores will likely include: a report by a loss prevention officer, a photograph of the merchandise, a cash register receipt for the items involved in the offense to establish the value of the merchandise, in store video recordings, witness statements, and often a statement that it acquired from the Defendant.  The vast majority of stores will tell the person that they suspected of shoplifting to not come back or else a trespassing charge will be pursued.

The next question may be, what will I be charged with?  In Michigan, shoplifting charges are determined by a few factors: the accused prior record, the amount of the merchandise and the intent of the accused.  Shoplifting charges in Michigan are called retail fraud, which has 3 different degrees.  First Degree Retail Fraud is a felony offense that carries a maximum possible punishment of 5 years in prison.  This offense is charged by a county prosecutor if the person accused alleged stole merchandise offered for sale at $1000 or more, or is the merchandise is offered for sale at $200 or more and the accused has a prior theft conviction.  For the offense of retail fraud, if the accused is alleged to have stolen from a store location on several different occasions the alleged theft amounts of the shoplifting can be added together to determine the charge that the accused will face.  Second Degree Retail Fraud is a misdemeanor offense with a possible penalty of 365 days in jail.  This offense involves either the shoplifting of merchandise from a store that is $200 or more, or it can occur if the price was under $200 if the accused has a prior theft conviction.  Third Degree Retail Fraud is charged when the merchandise was under $200.  There is a form of shoplifting that is a 5 year maximum felony called Organized Retail Theft.  The important part of this offense centers on the intent of the accused: Did the accused plan on selling what was allegedly stolen?  This offense is Michigan’s attempt to combat people who try to make a career out of stealing from stores. 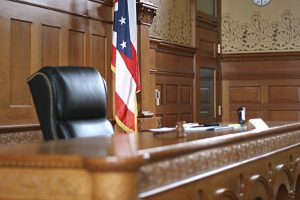 One of the most important questions from someone accused of shoplifting is what should I do now?  The immediate answer is that he or she should hire a lawyer.  Well, not any old lawyer – a lawyer that has experience with these types of cases.  An experienced shoplifting defense lawyer can help in several respects:

What Lawyer Should I Call?  In Michigan, the answer to this question is attorney Daniel Hilf of Hilf & Hilf, PLC.  He has the experience, expertise, worth ethic, and ability to handle a shoplifting case to your best advantage.